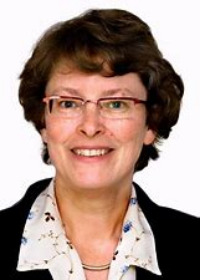 Member of the Supervisory Council of the Integrity Chamber

S. C. (Sophie) van Bijsterveld is a member of the Supervisory Board of the Integrity Chamber of St. Maarten. She was appointed by (Kingdom) decree on January 1st, 2020, for a term of 3 years.

Sophie van Bijsterveld studied Dutch law at the University of Utrecht, with specializations in private law, and constitutional and administrative law. After her graduation in law, she was employed by the Free University (VU) Amsterdam, and by Tilburg University, where she obtained her PhD in 1988. In Tilburg she taught, among other things, constitutional and administrative law, international public law and European institutional law. In 2010, she was appointed professor of Religion, Law and Society at Tilburg University and subsequently, in 2014, at Radboud University in Nijmegen.

After obtaining her doctorate in 1988, Ms. van Bijsterveld has held a number of ancillary functions in the public and social domains. Among other things, she was a member of the administrative legal Appeal Committee of the municipality of Gilze en Rijen (1996 – 2004), a Member of the Public Administration Council (Raad voor het openbaar bestuur) (2004 – 2007), Advisor to the National Convention (2006) and a Member of the Senate of the States-General of the Netherlands (2007-2019).

Ms. Van Bijsterveld is also a published author of academic books, and academic and popular articles.

Sophie van Bijsterveld is currently a Professor of Religion, Law and Society at Radboud University. She is also, among other things, the Chairman of the editorial board of the Christen Democratische Verkenningen (Christian Democratic Explorations), Board Member of the Thomas More Foundation (a Catholic Higher Education Fund), and member of the Supervisory Board of the Museum Catharijne Convent (Museum for Religious Art).